A New Challenge (Movement?) for Art

I define art as a state of mind akin to beauty and "flow" in psychology. It's an emotional experience that has cognitive implications. You're focused, connected, and flowing gracefully.

Things made during the "art" state of mind are artifacts. If the artist is not in the art state of mind, it's not art. It's something else. We can quibble about semantics, and if you're dying to call it art, call it art, but it's a shame--and a mistake--to lump these two things together.

With that said, I pose a challenge to artists: to try and reduce and essential components needed to communicate the experience of art and reproduce them in some type of medium. Kind of like minimalism, but the focus is on trying to capture an experience instead of an object's essential features. 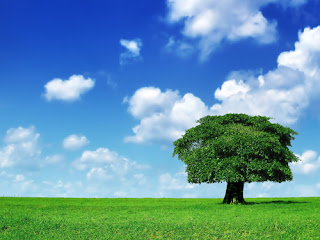 Email ThisBlogThis!Share to TwitterShare to FacebookShare to Pinterest
Read more about art, articles

I think the best thing you can tell from body language is mood and intention. I divided it up into 4 "types," neutral, submissive, dominant-aggressive, calm, and agitated. Here's a table.

I will try to keep this brief. I went out on one date with a guy and it was apparent we were not for each other. Flash forward several months which included lots of sexting and casual conversation. I didn't want anything more and it was obvious neither did he. We made plans several times to hook up casually but it didn't pan out. Until last night.

I showed up a little drunk. I almost didn't recognize him because he lost so much weight due to a car accident. I was all dressed up and could not have looked hotter. I drank some more by him and also smoked pot (which makes me even louder although I think funny). (LOL) He had problems performing and an hour and a half later said he was really tired and wanted me to leave. I feel totally rejected and ugly and stupid. What guy has a gorgeous girl come over and flat out rejects her? I'd love to hear a professional guys perspective to help me work this out.

I'LL SEE IF I can find a professional to work this out, but in the meantime, let me give you my shiny two cents. I've noticed that girls tend to overestimate the role of their sexuality in trying to understand the motivation of other people. They think that when guys are acting weird it must be because there's something they did wrong or that they're somehow inadequate. It's wrong. People have a lot going on in their head and have their own inadequacies that they're trying to manage and control.

You assume that guy kicked you out because you were annoying. I'm not gonna tell you that wasn't a factor, because I have no idea how annoying you are when you smoke pot. (Sounds like you might be at risk, though.) But assuming there was just one factor, you, strikes me as incorrect. From your description of the event is sounds more like:
So you see, his reaction could have a lot to do with him and his own personal stuff rather than with you and your sexual adequacy or personality. It can also have something to do with you though, too. If you feel like it's worth it, you can always try talking to him about that night. You can make it disarming by saying something like "so that didn't work out at all, LOL," followed by "were you uncomfortable that night? Things moved pretty fast." He's not going to come (haha) out and say "I felt ashamed because I couldn't ejaculate promptly," but you can figure it out with clues like "I felt awkward," or "that was pretty out of character for me," etc. G'luck!
1 comment: 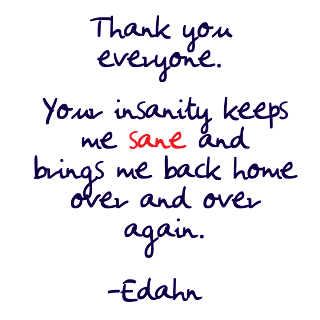 I feel like it's been such a long time since I've written. I'm not really sure where to start. Lately, every time I've tried pondering or writing, I've been feeling very inauthentic, almost like I'm just repeating the same old themes that have dominated my experience these past 5 years: struggling with spirituality; struggling with dating and relationships (yes, I do); struggling with authenticity...struggling, struggling, struggling. Yeah, I suppose I do, but the nagging and complaining that something is deficient is just getting old. I don't feel like it's the current me talking anymore, but an old me.

So what does the new me want to say? I'm not sure I have anything to say just yet. Maybe I've been in a state of incubation. I certainly feel like my perspectives about things are getting a little clearer--things like politics, justice, priorities, right and wrong. Whatever. Sometimes I just want to be quiet.

I've been waiting for a leader to step up. More a group of leaders to lead this country with honor and courage and lead the rest of the world. It's time for a new political party that's in touch with the people and lets them have a say (via internet, maybe). It's shocking to me that anyone who isn't a millionaire could still identify as Republican. Wake the fuck up, Jesus.

This group of girls just walked into Starbucks and started singing happy birthday, but they started on a super high note, so by the time they got to the "happy BIRTHDAY DEAR _______" their voices all went quiet. It was funny.

Scattered thoughts. That's all for now. -_-
No comments: