a lot of spiritual frauds will tell you that they can do something to fix you or improve you, but that's all bullshit. because no 1 can really fix you. the only person that can really change something is yourself. insight may help you but it can never actually finish the job.

the other part is that you don't actually need any fixing. I'm at the real difference between a genuine teacher and a fraud. of fraud makes money by suggesting or implying that you are damaged and in need of repair. what a real spiritual teacher teaches you that you don't have anything wrong with you to begin with. that single fundamental insights makes all the difference.

How do I deal with a passive aggressive mother-in-law? 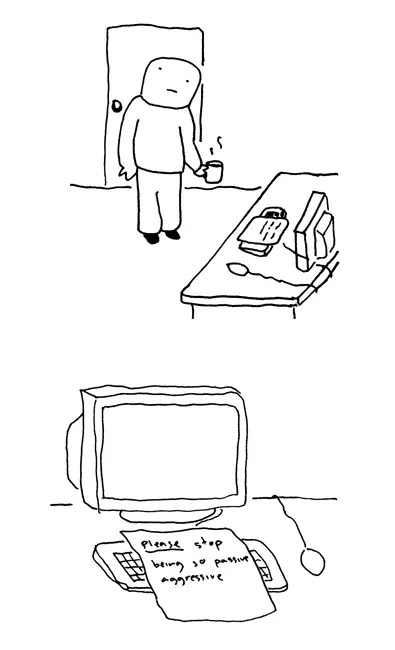 I've known this woman for five years and she's never once reached out to me, but she hasn't ever been rude to me either. However I've recently discovered that she is constantly talking behind my back, or will be passive aggressive to get her point across that she doesn't like me. If I confront her, she will act as though I'm being crazy and deny everything. If I don't confront her, I feel like I am going to claw her face off with rage the next time I see her (Kidding...of course.) This is totally foreign to me -- what do I do?!?

THE SINGLE MOST IMPORTANT thing you can do is remind yourself that your mother-in-law is the way she is because of factors that were outside of her control.

Your mother-in-law is like a jelly fish. If you get close to her, you're liable to get stung. But the most critical thing you can do is remind yourself as often as you need that this person didn't choose to be this way. This is who she is because of her upbringing, her parents, her friends, her teachers, and the time she grew up in. She didn't get to choose any of those things. No one does.

That understanding helps you let go of the blame, the guilt, the anger, and start to muster genuine compassion. It also helps you figure out what kind of relationship you should have with this person. It helps shake off the roles we try to take in these situations. Some people try and play the role of therapist. Some the role of daughter. Some the role of parent. Some the role of guardian. And some get ensnared in the pettiness and drama. But compassion helps you throw all that nonsense and fakeness out.

Throwing the roles out leaves you with your answer, because it leaves you with you. Not you the daughter-in-law, or you the bigger person, just you. You may not have an epiphany about what to do, but you'll be able to make the best decision you can in that moment. It's like chess: you may not see the end of the game, but you don't have to--you just have to make the best move you can make right now.

Just remember, it all starts with carefully considering your situation and how it came about. Do that and you'll find your solution.
No comments: