The Psychology of Breaking Bad 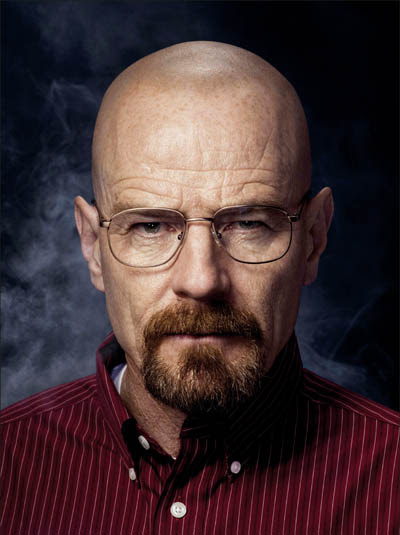 I just finished watching Breaking Bad. What a great ending! Vince Gilligan and the writers did a great job of tying together all the loose ends and justice was served to all parties. Walter White did something good and selfless, but helping Jesse at the cost of his own life and finding a way to help his family.

So what's the show really about? Is Walter White evil? Does he get redemption at the end? What made Breaking Bad so captivating?

The answer has to do with Walt's transformation. As the teaser for the finale said: "chemistry is about transformation." Walt's story is a universal myth with a great twist. It's the story about a man who feels screwed by the system and screwed by life, who fails to live up to his hopes and dreams and slips into a comatose state of living, which resembles death more than life--in psychological term, Walt is dysthymic. He's become the subordinate male: subordinate to the system, to Elliot, and in a way, to life.

But then something happens. Walt decides to make a change. He decides to take a risk and stand up for himself. He stops taking shit from people. He stands up to Tuco, Fring, Elliot, and the Nazis. It's not just that he gets a taste of power, it's that he no longer lives in fear, as a subordinate of life. As he states in the final episode "I did it because...I felt alive." He finds purpose in his life and conquers his existential angst. He climbs out of the subordinate ranks of men into the ranks of the alpha males.

But what makes it so complicated is that his journey to self-respect is mired in sociopathy and immorality. We root for Walt because he's doing something that we all want to do--to climb up from where we are and surpass our fears--but we're conflicted because we know what he's doing is wrong. He manufactures drugs that ruin people's lives; he's killed multiple people; and he's ruined the lives of everyone he's close to. We identify with his struggle, and identify with his achievement, but we're horrified by the means by which he accomplished his goals. And in the end, that complexity is what makes Walter's story so enticing.
No comments:

Email ThisBlogThis!Share to TwitterShare to FacebookShare to Pinterest
Read more about articles

Ah man! My site's down

This isn't going to work, is it.

So let me say a few things. First, I know people read this blog because I check the stats every day even if I don't post. And I'm both glad and flattered that people find my writing useful or interesting, or maybe it's just a trainwreck and you're all looking for FAILs. Whatever. I'm happy, and I'm happy I can share that happiness with others, to some extent.

I haven't posted here in a while because life got a little crazy with work, school (counseling degree, here we come), and managing relationships. In the process, my writing and creative projects started to suffer. But I'm back and excited and I got a cool haircut from the future. (I look like a Jewish anime character.)