How do you end a friendship? 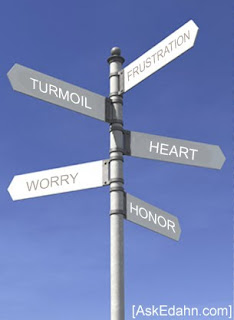 I have a friend who I really don't feel that close to anymore. She is in a relationship, and I am single, and I feel like we don't hang out or talk like we used to. This probably has a lot to do with the fact that I don't like her boyfriend because he's really annoying, and I don't think she really likes him either, but she is in the relationship because she is afraid to be alone. I've lost a lot of respect for her since she has entered the relationship, and don't think our friendship will ever recover. Is there such a thing as a friend break up? I don't really want to hang out with this girl anymore, but I don't want to have to have a whole conversation about how much I dislike her boyfriend. I don't want to make it an "it's him or me" conversation, I just want to stop being friends with her. Can I do this without making a big thing about it? I've stopped returning guys' calls before, but it seems like a weird thing to do with a friend.

So your friend doesn't have the skills to overcome her fear of being alone. I'm betting that in her relationship, she's sacrificed a lot of her authenticity to placate this doucher, and consequently, has identified with her relationship role. That would make it hard for you to relate to the "real," "original" girl you used to hang out with and make your interactions seem meaningless and distant. Sound about right?

If you want to end a friendship, you want to be sure to treat her with respect and care. Disappearing, like you intuited, is weird because it disrespects your past and she deserves more. Even if she's particularly weak when it comes to relationships, as her friend, you have the ability to remember who she is when she's strong,  what made her great and amusing. That stuff is still there is you can picture it, and I'd suggest you try to. Being kind and treating her with dignity is a way of honoring that inner goodness and being a true friend. That's what a true friend is: they pledge to see each other's inner goodness even when the shit gets stirred.

Some type of explanation that avoids blame and accusations but is still honest would be appropriate. You could meet for coffee and tell her you have to get something off your chest. Tell her how you've felt distant and why you think it's happened, then hear her out. Maybe you come to an understanding, maybe you don't. But by communicating like that you're honoring your friendship, honoring her inner goodness, and honoring your own kindness and inner goodness. It might be uncomfortable, but you'll know that you did the right thing and acted in accordance with your conscience. You both benefit from it.

[AskEdahn exists because of referrals. Really. I'm not just saying this to get famous. I have 3 questions or so on reserve. If you want to show your appreciations, please share this site with some of your friends who would find it interesting or could use a stranger's perspective on their issue. Thank yous.]

Email ThisBlogThis!Share to TwitterShare to FacebookShare to Pinterest
Read more about closure, communication, do the right thing, friendship, growth