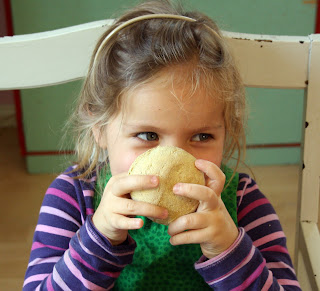 I have been seeing someone for a while who is very sweet and caring, and who I care about very much. I notice that sometimes he gets either distracted or cold suddenly (even for a moment, sometimes there are times where I think he is either uncomfortable or not having fun and then he keeps referring to that event and what a great time he had - and not in the tweaky/nervous way I associate with lying) and I have addressed it with him, but he consistently tells me that it's unintentional. I'm very affectionate and also hyper-sensitive to the way other people feel, so I may not be perceiving it correctly.

I was telling a friend earlier today that I've decided to accept that he isn't like me and isn't constantly on affection mode, particularly because I don't want him to change, and certainly not for or because of me. My friend responded that she thinks it's suspicious. She also brought up that sometimes I won't hear from him for a day or so and it will hurt my feelings/ego a little, but I don't address this because I think it's both embarrassing and unreasonable to get upset with someone when they have other priorities they are focused on.

There is no question in my mind as to whether or not he cares about me. Until I talk to another girl and she poisons my mind. Am I in denial or is my friend a crazy?

Alright. *puts down briefcase* So what's up with his "cold flashes"?

What I think you're seeing is him dropping his role. Which role, Edahn? The role of the engaged, affectionate boyfriend. It doesn't mean he naturally feels cold towards you; it means that he feels overwhelming pressure to be that person right now. There are a few reasons for that. First, people naturally seek out roles in relationships. Second, he might be clinging to that role because he doesn't trust that he can be himself and maintain a relationship because of his own confidence issues. Third, it sounds like you've been a little needy and he might feel guilty for not acknowledging and responding to all your advances, which are really requests for reassurance. Those advances can be really subtle, and if he needs to respond to each one by summoning emotion, enthusiasm, or interest, you can see how after a while he'll feel exhausted. Fourth, like your friend suggested, it's possible that he's clinging to that role to hide his resentment and frustration with your neediness or with something else. In other words, he's over it.

I can't say which one it is, so I think what you should do is try an experiment. Let him go where ever he needs to go emotionally. Try and reign in the neediness for an evening and just see what happens. When he gets his cold flash, let him be and don't call attention to it which forces him to adjust. He'll probably be distant for a while, but I think he needs to inhabit that mental/emotional space in order to move forward and grow. Which way will he grow?* We'll see. Maybe towards you, maybe away, but it'll be genuine and it'll make sense because it'll come from a tender, genuine place and you'll be okay with it too. Worst case scenario, you gain a little more insight into your own needs and his, which is still pretty good.


*Oh c'mon people! Get your mind out of the gutter!