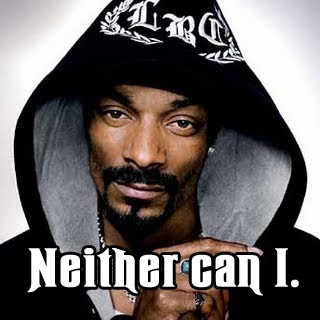 I have a problem. Over a year ago I overheard my ex boyfriend give out his email password to his brother because of an emergency. Like a psycho stalker, I logged in to his email account-- mostly just to read what he had written about and chatted about me to his friends (both during and after our relationship). Then I got carried away. I started reading all of his old emails with his ex. I felt like I developed a much deeper understanding of who he really was and where he was coming from. Months passed, and I continued to regularly log in to his account -- just to read, not to write or chat anybody or anything. He started dating someone else, and I started reading their emails to each other. It's like a soap opera that I'm addicted to.

I'm totally over him in a romantic way. I have a serious boyfriend who[m] I love and am very happy with. I just cant stop myself from logging in to his email. I'm addicted to it the way I've become addicted to facebook and my own email account. Like I need the daily update. He and I are still acquaintances/friends, but have hung out a lot less since I no longer need to actually make plans with him to find out what's going on in his life. I don't even really like him that much. This has become much more of a voyeur thing for me at this point. HELP, I CAN'T STOP!!! I know its wrong. (Right?)

Of course it's fucking wrong! You're violating another person's privacy and concealing it from them. What's worse is that you've turned it into a habit and even started wondering if this is somehow okay. It's not that it's doing so much damage to him, but it's doing damage to you. By catering to your addiction, you're establishing a perilous precedent: you're ignoring your conscience.

Don't minimize the whole ordeal. This is some serious shit. Your conscience is your inner guide. It doesn't just guide you to good outer behavior; it guides you to inner peace and integrity. When you live in accordance with your conscience, you don't have to expend energy on hiding things or pretending to be someone you're not or dwelling on the past and feeling guilty. That frees you up to naturally be more present, more available, more at ease.

So what do you do? You can create a dummy Hotmail account and send him an email saying "Your Gmail account has been compromised, stupid! Change your password at least once every 6 months." Include his login and password for proof and sign the email "a loyal member of HungryHackers.com". On a deeper level, you can view this ordeal as as a wake up call from the existential front desk. Listen to your conscience, cherish it, and let it sing through you.

Edahn-- I think you are missing a HUGE point here. This person (mostly) knows that her behavior is wrong and wants to stop. What we're dealing with (in addition to compromised morality and conscientiousness) is addiction, and much like any other addiction, even when part of the person wants to stop, another (more powerful part) prevents the person from quitting. Yes, this case is special in that what the person is doing is really inconsiderate and arguably immoral, but think about what advice you would give a stalker, or a voyeur that hangs outside of girl's window's at night, or even a father who chain-smokes in front of his children. Simply quitting is not that easy. It would be like asking you to quit masturbating. What you've suggested is akin to calling the cops on your dealer-- Not. Gonna. Happen. Do you have any advice for dealing with addiction other than to quit cold turkey?

I agree that we're dealing with addiction, but the best way to quit an addiction, in my opinion, is to quit cold turkey and reinvent yourself. My strategy is to empower the person and believe in their ability to conquer their maladaptive urges. I know it's possible from personal experience. It takes responsibility, self-honesty, and discipline, which is part of what I tried to urge in my response. I am not a big fan of setting up programs for people to quit addictions because I think those programs impliedly create room for failure and excuses. When people say they're going to "try" to quit an addiction, they're already saying that they're going to fail.

How would you have gone about it?

If I knew how to ignore impulses I would:

1) not be addicted to caffeine
2) not weigh so much
3) not regret last friday night
4) not be sitting here conving myself that I am "productively procrastinating" instead of doing my experiment...

I guess that's why the site is called "AskEdahn"

Addiction requires drastic measures. Sometimes we can't stop ourselves from abusing, and we need something or someone to police our actions. Like a drug sponsor. In this case, the person is taking care of the problem by forcing the 'victim' to take of the problem.

Your idea of creating a fake email account, getting the email address changed, is quite creative. Hopefully this person will stop reading the boyfriend's emails. Eliminating that option is smart, but this person needs to make a choice, see what she's doing to herself and to others, and show some determination to not do it any further. Then she's cutting off not only the head and getting to the source of the problem.

@lisa: That's just the thing. Ignoring impulses isn't a mystery. It's not something you learn how to do, or develop as a skill. You just do it and don't fuss about it. And you keep "just doing it." Over and over.

When I lost a bunch of weight in law school, I just did it. No tricks. Just not eating as much, cutting out "bad" foods, and exercising almost every day. I just did it. No deliberating on the issue, no over-thinking, and no complex strategies and plans. The simpler the better.

AskEdahn offers people a new way of seeing situations -- really, most dialogue does that -- but unlike a coach/mentor that is constantly in touch with you, the effectiveness of my response (if any) only lasts as long as the person is thinking about it, which I imagine is one day max. Fortunately, unlike other addictions which are constantly available, the person who asked the original question can cut that supply off completely by sending that email. So if the advice is followed, there's no need for constant engagement and shadowing.

okay-- then I guess what it comes down to is really wanting to change your behavior more than you want not to. For this to occur, I think one has to realize and acknowledge that life will be better once one has eliminated the addiction-- it is this realization that then drives the "just do it" (whatever it needs to be) attitude. I think in cases of drug or food addiction (where the long term consequences of the behavior are clearly detrimental to one's physical health, and where the habit is obvious to everyone else and therefore a source of public shame and embarrassment as well)it is easier to make the decision to change than in cases of addiction where the harm is mostly psychological. do you disagree? (I know you do...)

I would disagree only because I don't think it takes a lot of motivation. It just takes a decision. The motivation might come here and there, but it can't be the thing that drives a person because it ultimately fades away. That's why you see people's weight go up and down. They rely on their motivation to push them through and when the motivation wanes, their behavior follows. Motivation isn't steady by nature.

For people who look for motivation, yes, I would agree that humiliation/shame could help motivate them. Other times it just robs them of that motivation to change because they feel defeated. That might be one more reason why motivation is unsteady.