Not attracted, should I keep dating her? 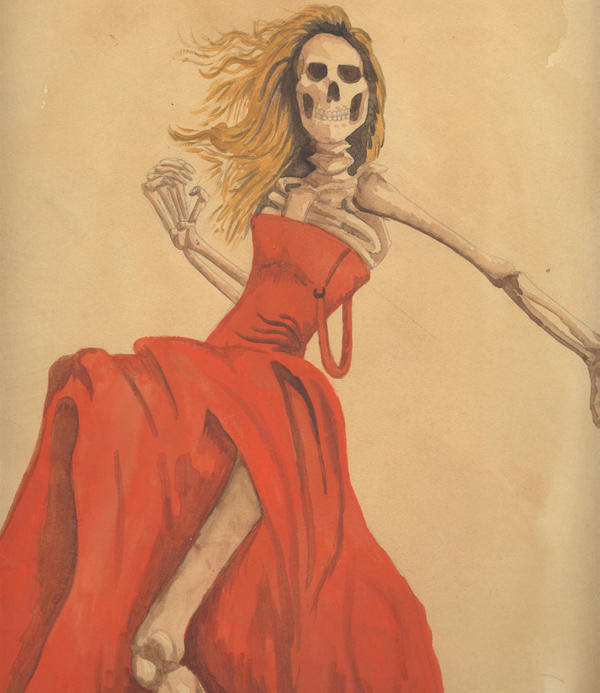 I've been dating a girl for about 4 months now, and I'm struggling with whether or not to continue the relationship. We have similar interests, have a great time together, and I really feel like in many ways she has the best matched personality to mine of anyone I've ever dated. The problem is that I know I'm just not that attracted to her. She is very athletic, tall and thin and flat, with strong facial features, and many guys would find her attractive. For me though, I think I just prefer someone who is a bit softer, who I want to be close to and want to kiss and cuddle. She's somehow just too bony to be feminine to me.

I've talked about this with some of my friends (mostly girls) who say that I should just keep giving it time and that eventually I will either be attracted to her or it won't matter. I'm 30 and she's 31, and I really dont want to waste time (hers or mine) if this is not something I'm going to get over, and I can tell that with time she is getting more invested in the idea of "us" in the long run. How important is attraction, and how much time should I give before throwing in the towel? (Also, how honest should I be in my reason for breaking up with her if it does come to that?)

PHYSICAL ATTRACTION IS NOT the most important factor in relationship quality. It tends to fade over time and isn't what makes relationships fulfilling. According to happy old couples, friendship is the most important factor. But sex is still important. You're going to be having sex with this woman as long as your penis works and you want to select someone you enjoy and look forward to sexing. You don't want to turn into one of those couples that never has sex and is perpetually miserable.

I'm of the opinion that sexual attraction can grow out of emotional connection and that whether you get over this or not is a decision that you consciously make, not a decision that is made for you. (It's called closure.) But in this case, I don't actually think that matters because I don't think you're really emotionally attracted to this person.

Emotional attraction is a feeling of closeness which is premised on trust -- not just trust that your partner won't cheat on you, but trust that who you are, defects included, is sufficient and okay. I know it may sound weird, but I think that trust develops naturally in response to the physical appearance and enthusiasm-level of your partner. That enthusiasm comes out in the intensity and tempo of speech as well as physical movement.

Based on what you said, I don't think you really feel close to this girl. I think you perceive this girl to be as emotionally angular as she is physically angular. Your ideal woman is someone who has a soft inner and outer landscape and this girl doesn't have either. There's nothing wrong with her and there's nothing wrong with you. It's just a mismatch. While she may compliment you in other (I'm guessing, intellectual) ways, it sounds like you're emotionally out of sync. If you were in sync, you would know it by now.

You don't have to justify your feelings and intuitions to anyone just as you don't have to invest time and effort into "repairing" them. Forget that. If you don't see yourself being cuddly with her, there's probably a reason: you're sensing that she's not that type of girl. I think that deep down you already know this. My advice: tell her that you think she's awesome, just not someone you see yourself marrying. You don't have to go into the details. Just say enough to get the point across. You don't have to crush her spirit in the process.

I don't think sexxual attraction is somethinf that can be changed. Its either there or it isn't.

That's pretty much become the mantra of self-professed pickup artists like David Deangelo. I used to believe it, but in moments of intense friendship and connection, I often feel attracted to the person I'm with. It's happened on numerous occasions with numerous people.