Do men care about how many guys a girl has slept with? 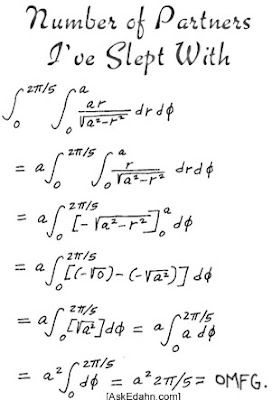 In your opinion, do men care how many guys a girl has slept with?

The average guy would probably want someone who's slept with roughly the same amount of partners he has, or a bit fewer, but more than zero. If you've slept with many more people than he has, there's a chance he'll feel inadequate or inexperienced and judge you for it. Stated otherwise, 0 < ♀ » ♂ ± 3 .

In the US, the average number of partners tends to vary. In 2002, 30% of men ages 20-59 reported sleeping with more than 15 partners (compared to only 9.4% of women). That percentage is probably higher when you concentrate on a younger crowd of 20 and 30 year olds, especially those who went to college. Of course there are exceptions. There are guys who probably won't really care as long as you haven't hit the triple-digit mark, ♀ << 100
and there are some guys who'll be looking for virgins, ♀ = 0
and find girls who'll pretend for them, ♀ = 13-13 = V .

But even if you don't fall into someone's range, I wouldn't worry so much. A good friendship filled with ample care and play can induce anyone to look past their rules and associations and appreciate you for who you are, ♀ = ♀ . There's also no rule that commands you to tell him before you're comfortable and ready. If you feel like your number is approaching more than 2 standard deviations above the norm, maybe it's time to relax and call up some ex boyfriends.