Telling a friend you have feelings for them 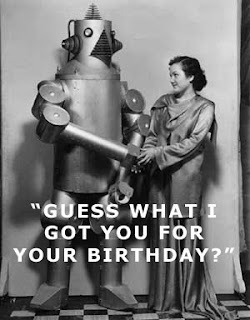 I come to you looking for advice on a recent issue between me and my ex boyfriend. He broke up with me in the summer, but we have managed to remain very close friends. Although I never lost feelings for him, I knew the break up was necessary and so was able to continue on with the friendship with no major problems, however always kept my feelings well hidden.

Recently, he has begun to open up about his depression, and says he has had thoughts of suicide. I was as supportive as possible, and he is now getting the professional help he needs. The problem is, one day while at his house, he began to get physically close to me. This really took me by surprise, as I felt sure he no longer had feelings for me, and this is typically NOT something he would do out of emotional vulnerability. So, I did not stop him, however I also did not really respond back; I suppose I reacted similar to a deer caught in headlights. All that really happened was some cuddling on his part, but it was clearly more than friends. Since then, we have continued on like we were before, however neither of us ever spoke of the occurance and there were a few times he seemed awkward, like he wanted to say something but couldn't. So my question is, in cases like this, is it better to forget it happened, or just straight up ask about it? I am curious to know if he still has, or has regained feelings for me, even though I know that now is not the time to get back together due to the other issues. However, it always seems like both of us are this close to bringing it up, but sort of waiting on the other to do so first. Is it a mistake for me to just come out with it? Thanks for taking the time to help.

If he is on the verge of suicide, then the best thing to do is let things settle and stabilize. A discussion about your relationship and feelings for one another will automatically complicate things. Attraction and desire pump drama, intensity, worry, and longing into a relationship. Those things will destabilize a relationship. The challenge in a relationship is a find a way to work with those feelings and create something stable and nourishing, but now isn't the time to add more challenges in your ex's life. So the best thing you can do now is keep the issues on the back burner and just hang out and be friends.

When the storm eventually passes, you can bring up the situation and your feelings in a casual, flirtatious way. The more casual (and less serious) the better, because it implies that you're relaxed. That tells him that he doesn't need to craft any particular kind of response to spare your feelings or save the relationship, and that keeps him cool and connected. You might say something like this:

You can leave things there and then transition into doing something friendly with him like watching a movie of getting food or shaving each other's backs. LOL. Then just see what happens. You can't really fuck it up if you're playful and not too serious about the whole thing, so you don't have to worry about the conversation going exactly like that. Those are just some lines (royalty free) that give you a sense of the right mood. As long as you think of what happened as something kinda nice and charming, rather than this super-cereal event that-has-to-be dissected-or-else!, you'll be fine.

Best birthday present I got, lol. Thanks for the advice!