I can haz moar sex? 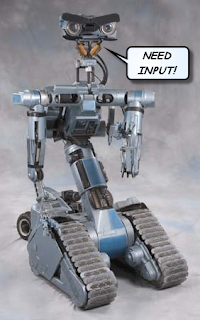 My boyfriend and I have been together for a year and a half, and while I have a fantastic time when we do have sex, the problem is that I want it way more than he does. I'm a once-or-twice-a-day kind of girl, and he is usually good with 3-4 times a week. He has been this way from the beginning. He says he has always had a moderate sex drive - but it is way less than I am used to. Most guys I've dated previously want it all the time. I just assumed since he is younger (he is 25 and I am 30) that he would want it all the time, too. I can't help but feel a bit hurt sometimes when he turns down my advances, like maybe I don't turn him on. He says he is just not wanting sex at the time, and he tells me all the time that he thinks I am beautiful and sexy...but ouch! It is a blow to the ego when I get turned down! I feel like I'm the guy and he's the girl! LOL - how do we come to a fair agreement on this?

Alright. What you have to do is learn how to seduce him. Seduction doesn't have to be a tricky, manipulative, exploitative enterprise. It can actually be very intimate, and the style of seduction that I'm referring to is indeed that.

Some people need to feel a certain threshold level of intimacy and closeness when they have sex. Other people enjoy intimacy, but don't need it every time. Usually the girl falls into the first category and the guy falls into the second, but it seems like the roles have indeed been somewhat reversed. For people who crave connection like that, the way to seduce them is by making them feel comfortable and intimate. Demands and pressure can make them feel like they can't just be themselves and need to be different. When you take his rejections personally, it adds more pressure to his decision to have sex and likely pushes him further away.

Seduction is meeting him where he is and slowly and gently guiding him closer to you, without making him feel like there's pressure lurking in the background. If he's sitting on the couch watching TV, you might cuddle up with him and play with his balls hair or just be close to him. Pace is very important. You can't rush it too quickly or make it seem like you have an agenda. When he advances, you advance a bit more. It even helps to be close sometimes just to be close for a while and actually being okay if you don't end up having sex. The point is to stay connected and let the feelings grow naturally. If you don't have sex or if he's not responding, that's fine. You might end up having sex later that night, preferably with him.

Seduction is fun. Think of it as a game, learning to connect with him and guide him without using too much force. In a way, it's a lot like the Japanese martial art Aikido. You've got to manage your own responses and learn how to listen to his and work with them, rather than against them. It's something you'll get better at with practice and then at one point it'll start to feel comfortable and natural to the point where you'll realize this is what you want too. This is something that can change your sexual relationship in ways that neither of you can really anticipate. Try it. :-)


* Balls or hair, but probably not balls hair, unless he's really into that sorta thing.


Share my blog with friends if you think they'd be amused.