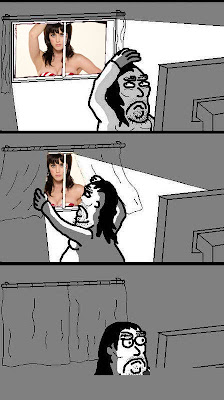 I have been with my boyfriend since November 2007. I was 19 at the time and he was 20. I have learned that he has been dealing with a lot of stress mostly because of family problems. I'm different. I don't have stress and I am a very positive and happy person. I feel like this is a major reason why he loves me, because I've brought happiness to him and I help him forget about his problems.

He tells me that he loves me very much but he does not do the best at showing me his love. I try my best to be as patient and understanding as I can. His way of dealing with his problems is through playing online games e.g. counter stike and left for dead. He will honestly play 50 hours a week sometimes. There are times when he would ignore my phone calls and not talk to me when he's under so much stress. But I feel so unwanted when he would rather play games for hours than talk to me, even if its for a few minutes. When we get into fights and not talk for a while he'll be the first to call because he misses me. I try to give him space but there are times when I feel like crap just because he would rather play games than talk with me. I have told him the way I feel but he doesn't listen. He would even hang up the phone to avoid feeling bad. I really love him but when he does this to me it makes me hate him.

Sorry if it's too long.*

WHAT I SEE HAPPENING here is this: you come to him with an expectation/desire for him to be engaged and interested in you, and sensing this expectation, he withdraws from you. This makes your desire for engagement even stronger, making him want to withdraw further, and so on and so on. From his perspective, he just wants some time where he doesn't have to do or be anyone specific to meet someone else's demands. He wants some freedom. His games don't demand anything from him--it's all voluntary. Meanwhile, he senses that you do want something from him so he retreats emotionally and even physically.

This puts you in a major bind, because the more you try to change it, the more you run into resistance. It's like those Chinese finger traps that tighten their grip as you try to pull your fingers apart. So the only real option you have is to stop fighting it all. Go spend some time with him quietly where you demand nothing from him at all. Let him play his video games while you play around on your laptop and read my website. Don't try and make little comments to grab his attention. Just let him play his stupid game and laugh when he gets killed. Keep referring to his character as "Mario" and keep asking him where the dragon is. Have some fun at his expense. Try that laid-back attitude for a little while, and when you're not sure what to do, just improvise.

The interaction you want will grow slowly and organically, even if it doesn't looks like what you expected. It'll be good though. And over time, he'll start to see that he doesn't have to force himself to be someone else for you and he'll be free to be his natural, groovy self.

Got a question? Go here.