I'm not making this up!

I have been confused for years as to how to go about make-up. I hate being misleading and dishonest and that's why I don't usually wear make up. How do guys feel about make up HONESTLY? How should I? I don't like the feeling of 'you see me one way, and in the morning, you'll see me a whole different way...' but if it's something that's really accepted, then I wouldn't mind getting made up. Please shed some light on this topic! Thanks.

Lets start with Exhibit A. There are the guys who drive Beemers, go to clubs, and hit on girls in order to find temporary mating partners and brag about them later. You can tell from their little Dubya lips how serious they are about themselves and their stupid hats. In a bar, you're almost certainly going to need some make up to catch their attention in a positive way. Not wearing makeup will brand you an untouchable social pariah.

Moving on, we have Exhibit B, a smelly hippie from Northern California who's looking to invade/connect with your soul. (I don't really know where this particular smelly hippie is from, but I assume it's somewhere dirty.) He hangs out at the park with his djembe and mingles with people named after constellations. He says the word "energy" much too much. For him, less makeup = more natural = more like me = more accessible.

In between these dorks is Exhibit C, a guy who frequents the bars but is as thoughtful -- and perhaps charmingly clueless -- as you are. He likes a little makeup but not too much, and would still be interested in talking to you if you were made down (is that a word?) assuming you had a nice, playful, welcoming energy disposition. 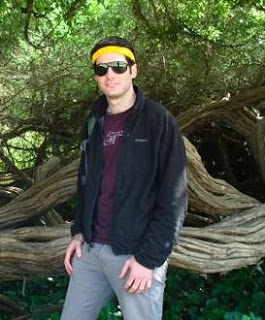 Here's my advice. Look at this makeup thing as a challenge. The challenge is to try and find the balance between wearing so much make up that you start to feel like you're wearing a costume, and wearing just enough that you look nice and presentable. You can take into account the place that you're going to, the clothes you're wearing, the type of guy you're looking for, and the mood you're in. You're like the computer that gets fed all that data and is looking to harmonize it somehow with the right combination. This way you can make it kind of fun and interesting, almost like an art project of sorts. Don't worry too much about being deceptive, since most guys know you'll be wearing some makeup anyway. If you decide that some days you're not in the mood for any makeup, that's cool too. Just don't expect to go home in a Beemer that night.