Why do I turn into a stupid slut when I drink? Part 2 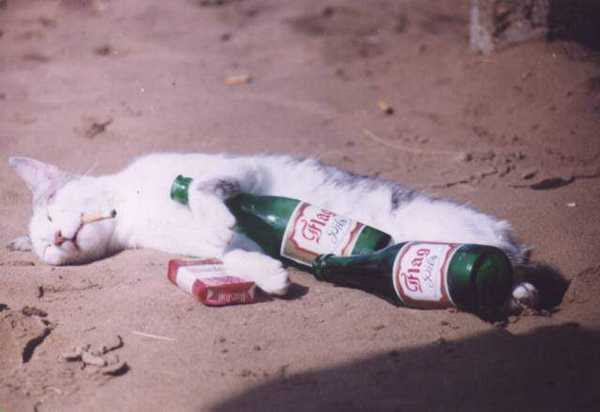 Lately I have noticed that when I start drinking, I do stupid things. When I get a little tipsy I may talk louder and repeat the same inane comments over and over again: "I had so much fun, I had so much fun, I had so much fun" ad infinitum. I may make suggestive statements I don't mean or be affectionate with people I don't truly care to be affectionate with. I begin cursing more and more profusely. Luckily I don't drunk dial/text people (guys) I shouldn't, although I may shoot a friend, oh, 12 texts in a row ("I'm soooooo drunk, I'm soooo drunk, I'm soooo drunk"). In the morning I feel stupid and I don't like that. I also fear I may alienate friends who don't really wanna go out with the annoying drunk girl. Now I know you had a similar posting to this in the past but my question to you is the following: how can I drink yet prevent myself from doing stupid things while drunk? Can I have my cake and eat it too? Help.

LOL. Yeah, it is kind of annoying to be with someone like that.
Here's what you have to do: start acting more mature. Even when you're drunk, you still have self-control. You need a bit more control, and the best way to get that is by copying people who have self-control. Find someone whose style you like -- who doesn't act like an annoying drunk and who keeps their composure -- and act the way they would. That includes not being annoying in any form, texting, repeating the same inane shit, repeating the same inane shit, being really affectionate, and repeating the same inane shit. Do this the next 4 times you go out and you'll start to see that a) you don't have to be the annoying fucktard at the bar and b) it actually feels natural and better than being the annoying drunk. This is just growing up and now's your time. Welcome to adulthood. :-)

Email ThisBlogThis!Share to TwitterShare to FacebookShare to Pinterest
Read more about friendship, growth